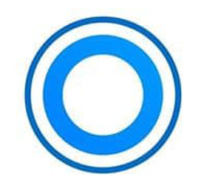 No Comments on Blockport is now Reasonably Liquid 0

In an earlier post about the Blockport ICO I complained that there was no promise of liquidity in their Whitepaper. However their Admins in the Telegraph forum said that they token would be tradeable on some exchanges. I did not like their equivocation and decided not to invest. However they have now listed on two decentralised exchanges.

The Blockport Tokens are currently tradable on:

Additionally, we are in the progress of talking to public exchanges. However, we are strictly bound to NDA (Non-disclosure agreements) so we cannot disclose anything regarding the developments.

and the token currently trades at 26% above the ICO price.

Early liquidity greatly reduces the risk in an ICO investment. I don’t think that Blockport offers a long-term return to investors but I could have safely invested in the ICO and then sold on one of the decentralised exchanges. These seem reasonably liquid even in January 2018 which is a bear market.

The question to ask before the ICO is “will the token be unlocked and tradeable on Etherdelta?”